Enrico Sangiuliano is a Producer, Performer & Sound Designer born in Reggio Emilia, Italy. Since
he was a child, his desire to create noises and sounds from everyday objects was very apparent,
with him using all sort of objects which delivered something new and interesting, from pans and
pots in the kitchen to the wooden benches in the park.
In his teenage years he turned his attention to technology and started to learn how to make
music on his computer at home in the 90’s. During this time, he started to head to many of the
illegal rave parties in Northern Italy as a partygoer, but when a friend listened to one of Enrico’s
sets, he swiftly introduced him to one of the main party organisers where after 10 minutes of
listening to him play, they simply said “You’re In!”. 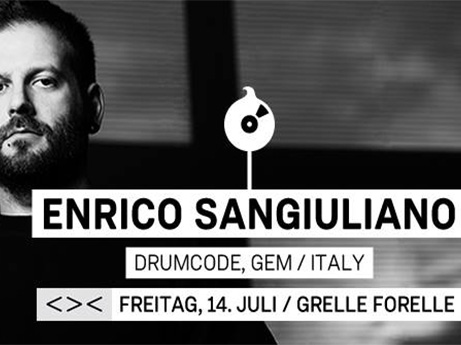